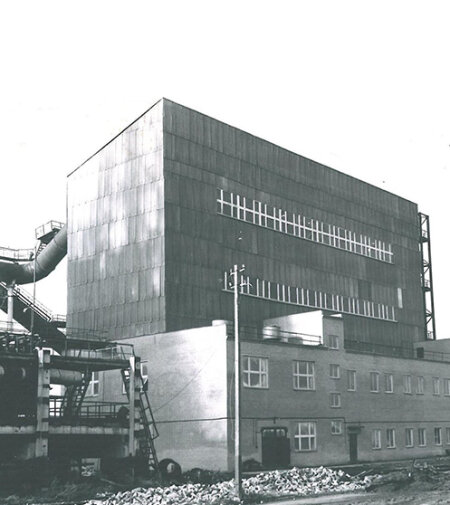 Joint-stock company Lifosa is situated in Kėdainiai, the geographical center of Lithuania. Major roads and highways cross the Kėdainiai district area, including the international highway Via Baltica. Railway branches connect Kėdainiai with other major towns of the Republic and with the seaport.

Company‘s history dates back to the middle of the last century. The ideas and intentions to build a large superphosphate plant in Lithuania emerged as early as in the strategy plans of 1952, however, the implementation of these plans began only in March 1959, when "The Directorate of Kėdainiai Superphosphate Plant" started to organize construction and manufacturing activities.

Lifosa history can be divided into separate periods. All of these periods were significant due to strategically important decisions, innovations and changes. During the years 1959 - 1975, the Chemical Plant was built, new production departments were launched, and the company started to produce mineral fertilizers. During 1975 - 1996, the Company was reconstructed and modernized. Some of the old departments were closed and the new ones were erected.

After the privatization, during 1997 - 2002, the modernization process was continued, and innovation projects were implemented. The process heat released during the sulphuric acid production process was started to be further beneficially utilized to heat the local and Kėdainiai city objects. Since 2014, AB Lifosa has been incorporated into EuroChem Group, a leading global fertilizer company based in Switzerland, which holds the main portfolio of the shares.

​These steps in the history of the Company determined that AB Lifosa constitutes an important part in the global market of mineral fertilizers.